Benefits of working with us

We offer competitive prices for equipment and work

We give a guarantee for both equipment and work

We will hand over to the centralized security console

We offer services to support the operation of the system

WHAT YOU SHOULD KNOW WHEN ORDERING AN ALARM

The main component of a burglar alarm. Receives alarm signals from detectors, activates the siren, transmits the alarm to the security console, sends sms to the specified phone.
When setting up an ARC, be sure to specify which device the security company is working with.

Combined sensors for movement and glass breakage are currently popular for indoor use. In this case, it is not necessary to put a detector on the window - a reed switch. Thus, the beautiful aesthetic appearance of the window is preserved and the cost of installing the system is saved. Modern sensors recognize animals in the protected area in order not to react to their movement.

If a combined sensor is used, which is triggered by glass breakage, it may not be installed, however in some cases it is recommended to put, for example, the 1st, 2nd floor in order not to forget to close the windows. 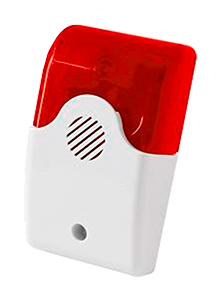 Light and sound device. It is triggered by the security device when the detectors are triggered. Its purpose is to attract the attention of others, law enforcement officers and scare off violators. Sometimes sirens with different sound signals are used to quickly identify a specific area of the object on which the alarm was activated. 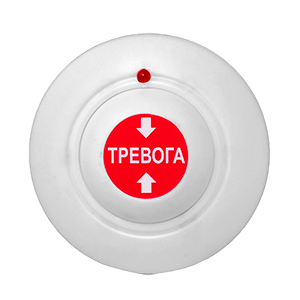 A very popular device. It is installed in cash registers, at the reception, in the director's office or simply in a private house. If an unwanted person has visited you and you cannot deal with him on your own, press the alarm button, in a matter of minutes a paramilitary outfit arrives and helps you get rid of it.

The battery is necessary for the security system to function when the external power supply is turned off. It is advisable to use a shielded, non-flammable cable. It is absolutely not advisable to carry out wiring in an open and accessible form. 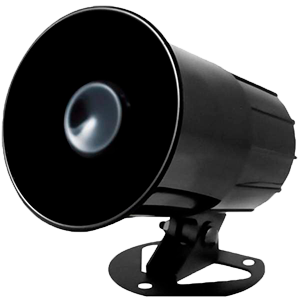 An autonomous security alarm system is a full-fledged system, the functions of which, when an object is armed, inform about the triggering of sensors by triggering a light and sound signal of the siren, sending SMS to the phone of responsible persons or in other ways to its own security post. Such a system is used either on small objects, where there is no need for the reaction of an armed detachment, but it is enough to frighten off the intruder with a siren, or on very large objects, where there is its own security service with physical protection.. 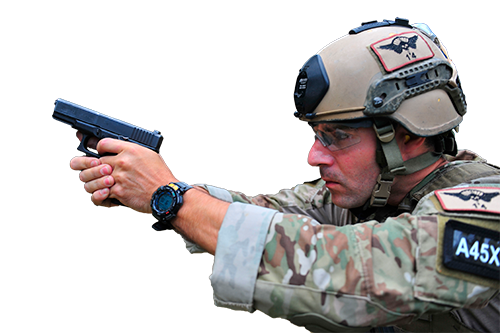 Delivery to the centralized security console is a service with a monthly payment. In the event that an alarm is triggered at a guarded facility, a paramilitary squad arrives in a matter of minutes and detains the intruder. In addition, you yourself will be able to call such an outfit using the panic button if an intruder burst in to you during the working day and you yourself cannot cope with it.

A wired system connects instruments to sensors with appropriate cables and is considered a more reliable system. In this case, it is not necessary to ensure that the batteries in the sensors do not run out. The system is not subject to external influences and is stable in operation.
Nevertheless, the Wireless System is also successfully used in cases where it is necessary to install a temporary alarm, the repair is completed and it is difficult to lay a new cable.. 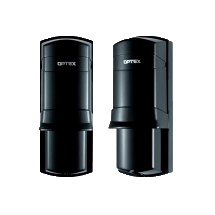 Outdoor sensors have a longer range, are protected from moisture and dust penetration, and are usually more expensive than indoor sensors. Also, outdoor sensors are often used as perimeter sensors to protect the perimeter of an object. There are so-called sensors, "Wall" or "Barrier" - this is a pair of transceiver devices that identify the intruder when crossing the protected perimeter. 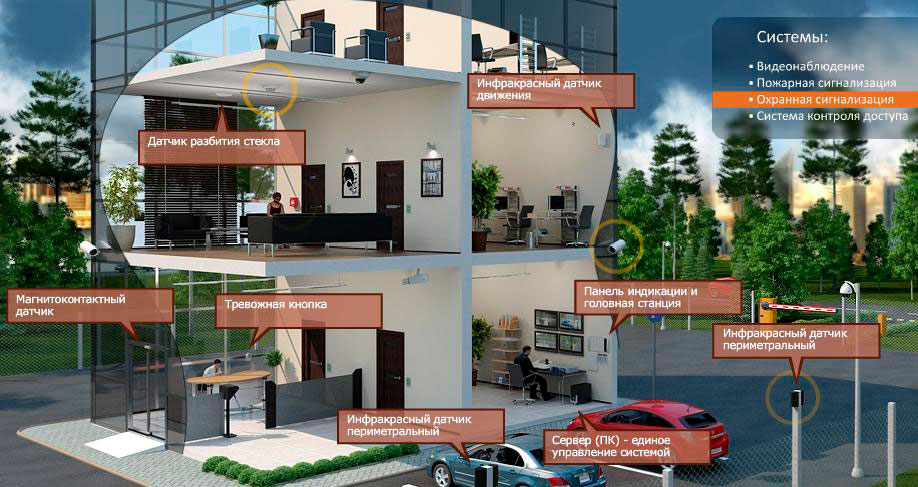 You can put under protection both individual rooms / floors, and the whole room as a whole. 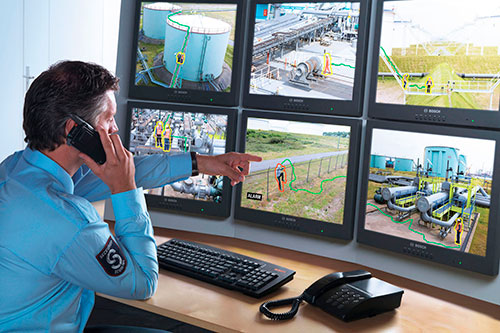 A video surveillance system will complement the alarm system very well. These two systems can be integrated with each other. For example, when a motion sensor is triggered, a picture of this video is displayed on a large screen on the monitor of the security operator. A video surveillance camera also has the ability to detect movement, but the video camera and the motion sensor react to them differently, therefore complement each other, while your security system becomes more reliable.